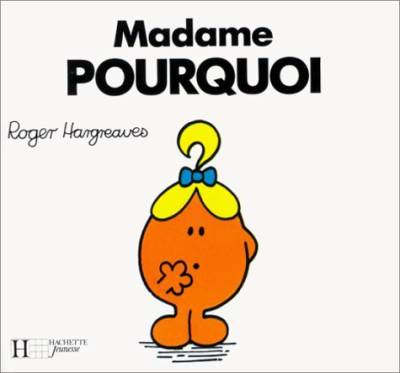 Carries self and chocolate

Gorgeous Kermie won my heart the moment she was born!  She arrived last and much later than her siblings and hasn't stopped telling the world what she thinks since then :-)

She has promising type and my plans are to show her a little and see how she develops.

**Update October 2016** Kermie has grown into a stunning young female and had her first litter this year - all of whom are wonderful confident big boys doing well on the show bench.  We hope to have more kittens with Kermie in 2017 but will show her a little in the meantime - we are pleased to say she was made up to LOOF International Champion (equivalent to Gr Ch in GCCF) in straight shows at Orleans October 2016 and GCCF Champion in straight shows in November 2016.  Kermie is now the female Selkirk Rex Longhair in the world to be titled in three registries.  I so look forward to showing her more as she matures!

**Update June 2018** Kermie has been speyed after producing three stunning litters for us.  She will return to the showbench as a neuter in the Autumn of 2018 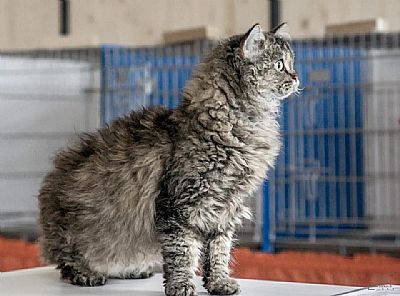 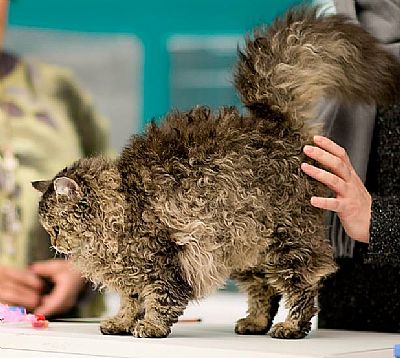 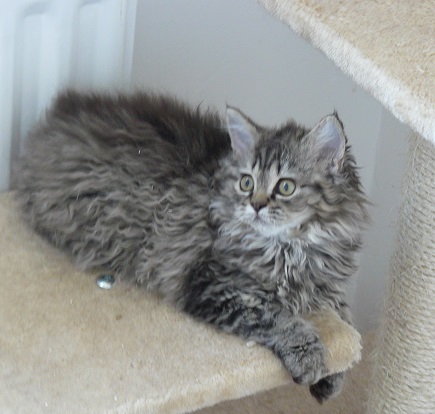 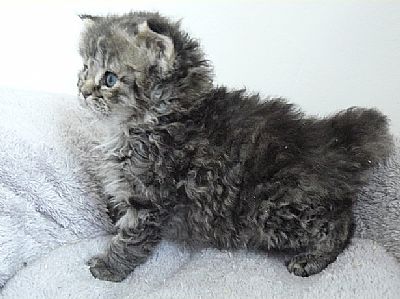